The evolution of the Cessna 172 according to Harv

With the addition 172 S C-GJOX to our fleet I could not help but marvel at how the 172 has evolved. I have had only a half hour observer flight in it but it is a plane I am very excited about and looking forward to flying. 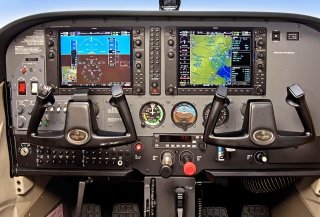 The first 172 came off the line in Wichita in 1956. You would not believe that it was related to C-GJOX, but they still share the same type certificate. The 1956 model was a tricycle version of the 170 taildragger in production since 1948, the last model 170 was the B model. With the introduction of the 172 the taildragger 170 died a quiet death. This 172 had a vertical tail, no rear window, manual flaps, and a 145 horse power Continental engine. This was a 6 cylinder engine known for its smooth throaty sound. Little change took place until 1961 when the tail was swept back giving a more racey look. During this time the main landing gear was also redesigned allowing the aircraft to sit lower. the 1956 to 59 models stood very high on the landing gear and were a bit more prone to upset when taxiing with strong winds etc. 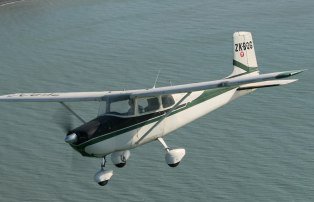 Cosmetically the biggest change came in 1963 with the introduction of the wrap around rear window. This provided better visibility and a cabin that felt much roomier. This change also marked the first year of a gross weight increase from 2200 to 2300. Another significant change in 1964, flaps became electric. Applauded by some, resisted by others. Personally I always liked the manual flaps but as instructors if you have flown with a small student seeing them struggle to pull the flaps on, especially the last 20 degrees made you glad for the change to electric. It was also in the early 1960’s that the term 172 and Skyhawk debuted. In those years the Skyhawk was a deluxe version of the 172 with standard features as allover paint (the finish was normally polished aluminum with stripes) vacuum pump (the standard model had a venturi or no gyros at all) wheel pants and an electric engaging starter. The standard 172 had a manually engaging starter (pull) The Skyhawk would also have had more deluxe interior. 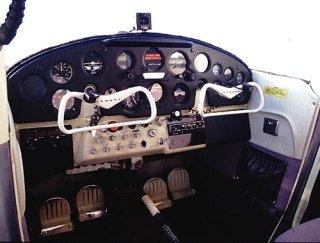 Some 172’s were also built as a military screening trainer. These were designated the TF-41 and had a bigger engine than the civilian model. 1966 marked another improvement, an alternator instead of a generator. I can remember flying the generator equipped model at night out of the Winnipeg airport, on the round you would have to rev the engine at times because the generator would only charge when RPM was above 13 or 1400 RPM. So this was a practical improvement. Another big change in 1968, the engine became an 0-320-E2D of 150 horse power. Although the increase was only 5 horse power and 20 cubic inches the performance was noticeably improved. This engine has proved to be very reliable and is frequently described as bullet proof. With the introduction of the 1971 model the landing gear changed from a flat spring steel gear to a tubular steel gear. The gear track widened by approximately a foot and in addition to absorbing vertical shock the gear moved back and forth. It provided the most stability on the ground and is still in use today. 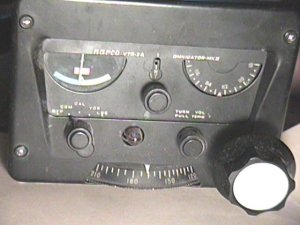 In 1974 the leading edge profile of the wing changed, I felt that this provided better low speed performance. In the same year the rear baggage area was extended for lighter items. 1977 more changes and one of them not so good. The electrical system became 24 volts and a more powerful Lycoming engine rated at 160 horsepower was installed. It was an engine that Lycoming and Cessna wished they had never put in. There were failures of this engine within a couple of 100 hours. The factory did remedy many of the issues but some airplanes still ended up on the ground after experiencing outright engine failures. Even today there is a still a bit of a negative stigma attached to this model of 172. We own three 172’s that came with this engine but we have modified them all to a improved engine.

With the introduction of the 1981 172 the model was designated as the P model. The changes here were another 100 pound increase in gross weight and a flap restriction to only 30 degrees. The 40 flap model was OK but an unwary pilot could end up with either a very steep approach requiring a precise flare or could develop a high sink rate which could also lead to trouble on landing. The P model continued until 1986 when productions stopped. During the production run of the P model Cessna offered the biggest fuel capacity ever for a 172. GPTO is an example of a plane with this 64 gallon fuel capacity. In the late 1970’s the XP (for extra performance) was introduced. This had an 0-360 Continental engine with a constant speed prop. Other than the cowling area and the extra prop control in the cockpit you would not recognize any difference. A model like this is languishing away outside at our St Andrews location.

Cessna also introduced the 172 RG in 1980. This would have been the fastest 172 ever produced. With a 180 Horse Power Lycoming engine, constant speed prop, and retractable landing gear this plane would cruise at 130 to 135 knots. In the mid 80’s Cessna also introduced a fixed gear version of this plane. Very few were built. These planes were also known as the Cutlass RG and the fixed gear version as the Cutlass. Production ended for two main reasons, there were a lot of used 172’s on the market that were doing a great job. Economic conditions did not warrant large scale production. The main reason given by manufacturers was insurance liability.

By 1986 Cessna had been producing significant numbers of planes for over 40 years. Under existing liability laws the manufacturer was still fully liable for any perceived defects in aircraft that were very old. Many of the manufacturers of that era simply said to the politicians of the day “Re write these liability laws or we quit” In the mid 90’s some of these laws were changed. For 11 years no single engine planes of any kind were built by Cessna. 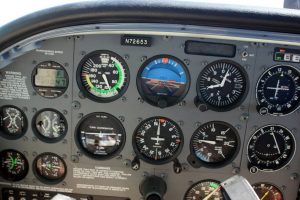 With dwindling numbers available in the used fleet Cessna introduced the 172R in 1997. Built a new factory in Independence Kansas this model had many changes. First a 360 cubic inch Lycoming, at 2400 RPM this engine is rated at 160 HP. Cessna wanted to make flying safe and enjoyable so this plane was only offered with a full IFR King Avionics panel including auto pilot. An inexperienced pilot could get out of a bad weather situation just by using the auto pilot. Another big improvement was the seats. The crash worthiness of the seats and belts was much improved. The seat rails ( a weakness in older Cessna’s) were also much improved. This new 172 had an upped gross weight to 2450 pounds. Since the 0-360 Lycoming in the R model was de rated it did not take anyone long to figure out that by allowing the engine to red line at 2700 you would produce 180 HP. The S model was born. By 2006 the R model was dropped and all models were the 180HP S model. Last big change and this brings us to GJOX. Garmin G1000 became available in 2005. Within a short time after introducing this fantastic new panel all 172’s produced were using the G1000. No more round gauges. An available option which is installed on GJOX are the air bag seat belts. These have proven to reduce injury. 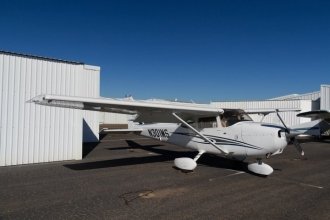 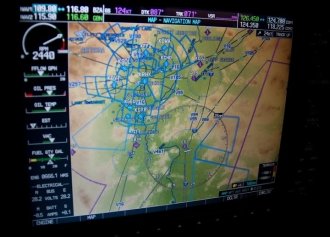 I look forward to using GJOX and in the future to offer more of these planes to you. It is a great plane with great equipment. Try it but be warned, you may not want to go back.