In 2010 our school completed approximately 450 flight tests. I would have done at least 150 of these. They would break down to a few recreational pilot tests (less than 5) and the majority would have been private, commercial, multi, and both multi and single engine IFR tests. For the last few years I have also been conducting flight instructor initial and renewal tests. I have also been doing initial and renewal aerobatic instructor flight tests. 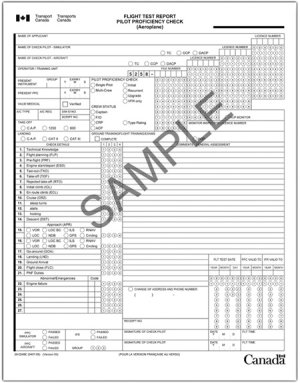 Something that almost all candidates for tests have in common is that they would really like to be somewhere else on that appointed day. And most of us can relate. Examiners have been testing me for more than 42 years and I can think of other things I would prefer to do than to do another renewal. Almost all of us understand however that it is a necessary thing for us to do. It goes with the job description. In much the same way as a medical examiner confirms our medical condition as fit to fly so a pilot examiner measures our knowledge and skill.

Before I go on I should mention that there are those candidates who do enjoy the test experience. They want to prove that they can perform to the set standards, deep down they know that they can do this, and they look to the test as just another step in reaching their ultimate goal in aviation. They typically have the attitude that pass or fail this is something they need to do and will learn from the experience. Testing these candidates is usually quite enjoyable.

In my experience I have seen a growing number of candidates who are not that concerned about the standards or how their performance relates to the standard. What they see is the end result. The licence. If there is a simpler way or shortcut to become licenced than they are all for it. Extreme examples of this are making false entries in personal log books to reduce total hours and cost. Fortunately this is extremely rare but we have seen this. In one case many years ago after I had to inform the candidate that he was just a few points below the pass mark on a test, he pulled out his wallet and in all seriousness asked me “whats it going to take” Its never nice to hit someone but it crossed my mind. There are also pilot examiners who may lean way to the side of leniency on the flight test. Examples here are commercial oral tests done in 20 minutes and flight tests done in just over an hour. Pilots in training often know where they can get this type of testing done and some are drawn to this. But in the long run is this the way to go?

Something that takes some students quite a while to realize is that the flight test is not the biggest challenge in aviation. Probably the biggest challenge is convincing a potential employer that they should hire you. There will be interviews and there will be an evaluation of ability in either a simulator or in an aircraft Particularly in the IFR world you can learn a lot about a pilots skill by having them demonstrate a hold and an approach. Tracking skills, height and heading control, and situational awareness will be evident very quickly. Almost certainly the end result of an applicant who is not at standards will be rejection. Maybe this person got the coveted licence but was not able to demonstrate the standard. How unfortunate. There are not a lot of opportunities to even get to an interview. When you do you had better make it count. 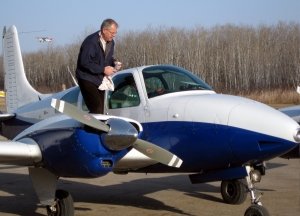 I am not in favor of having the student fly more and more hours. We strive to have pilots reach test standards (and above) in the shortest time possible. We are sensitive to the fact that flight training is costly and that most pilots are sacrificing something to complete their training. Your instructor will recommend you just as soon as your performance is consistent and withing Transport Canada’s standards. My advice here is very important KNOW THE FLIGHT TEST STANDARDS for whatever rating or licence you are working towards. If you are honest with yourself you will know exactly where you are in terms of completing your training. If you are consistently within flight test standards you will pass your flight test. Its just that simple.

Lets be the best we can be and fly safe.

PS: Check out this Poem about Flight Test:

Run up done, I call the tower;
Cleared to roll, I add the power.
Seems the take-off took a mile
I wonder if he’ll ever smile.

Diversion next, he asks of me,
To the south and out to sea.
The terror hits me in my chest
All I’ve flown is North and West.

My route, my plan I knew it well;
Times and distance gone to hell.
And as we go, my best I’m trying,
I know inside there’s more than flying.

Now turns, now stalls, now climbs and spins,
Down flaps, slow flight, not once he grins.
This day, it seems the longest ever;
I’ve learned at last I’m not so clever.

Forced approach he calls for now,
Trim for glide ‘as I know how,
No Fields I practiced, freshly mowed,
My God, he wants me on the road.

Cause check over, mayday called,
Watch the speed, I’m almost stalled.
Ease her down, no time to cower,
Don’t forget to add the power.

Take us home, he calls to me
Speed one hundred hold at three.
Hold her straight, with wings at level;
Home to safety, time to revel.

We speed along, my muscles eased,
My eyes dart right, I think he’s pleased.
A perfect touchdown my desire
Dear Lord, he’s called an engine fire.

Fuel to off and down we go,
Find a speed to snuff the glow.
And now it’s done, it seemed so fast
The test is over, down at last.

Well done, he cries, that lovely man,
Now fly your ship where e’er you can.
Besides the wings, today you earn
A greater gift – a chance to learn.